Uganda is one of the poorest nations in the world, with 20% of the population living on less than $1.25 a day. Since the 1980s an internal conflict between the government and the rebel movement Lord’s Resistance Army (LRA) has caused an overwhelming number of people, estimated at 1.8 million at the height of the crisis, to flee for their lives and move to internally displaced person’s camps, with no means of livelihood.

The Kiboga district in central Uganda is especially poverty-stricken, with 35% of the population living on less then $1.25 a day. As a result, the district suffers from a higher rate of health problems, such as malnutrition, high infant morbidity and mortality rates, and a high rate of communicable diseases such as malaria, parasites, respiratory tract infections, AIDS and tuberculosis. 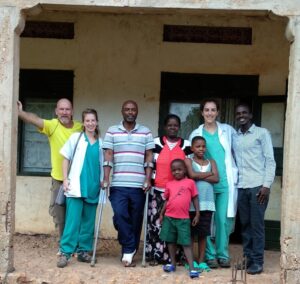 The health authorities, with the help of international aid organizations, are attempting to improve the population’s welfare and the access to medical care. Since 2001, treatment in government health facilities in Uganda is free of charge, and free HIV medications are more widely available, national child vaccination programs are at play, and attempts are made to develop a community network of health volunteers and health education; however, due to the severe lack of resources and manpower, as well as limited access of a major part of the population to health facilities, the possibilities for treatment and quality of care are very limited.

As part of our project we work side-by-side with the local doctors and administration to achieve the goal of improving the overall health of the population and access to medical care.

Signup our newsletter to get update information, news & insight